How to Convert Apple Music to Lossless FLAC? 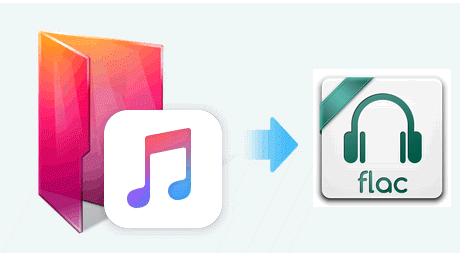 It's about one and a half year after unveiling Apple's music-streaming service, dubbed Apple Music, at it's WWDC 2015. Armed with a library of more than 50 million songs, a 24-hour radio station and a potential built-in audience of hundreds of millions of iPhone owners and Beats customers, Apple Music initiative seemed like a sure thing for music fans in the Apple ecosystem.

The FLAC (also known as Free Lossless Audio Codec) is the most popular lossless format, making it a good choice if you want to store your music in lossless. Unlike WAV and AIFF, it's been compressed, so it takes up a lot less space. However, it's still a lossless format, which means the audio quality is still the same as the original source.

Compression can produce smaller tracks -- which is good for downloading -- but it comes at the cost of sound quality. The more compressed a music file is, the more muddied and flat the track sounds. The trick is finding a balance between file size vs sound. MP3 is a lossy format, which means parts of the music are shaved off in order to reduce the file size to a more compact level; while FLAC is a lossless-compressed formats. To get the most out of your original music, it would be wise to convert Music to FLAC (or WAV) instead of MP3 format. 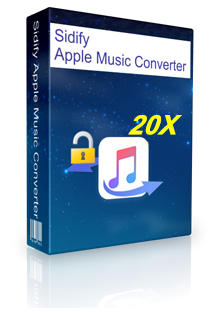 Launch Sidify Apple Music Converter and iTunes will be automatically launched and disappear quickly. Then click "+" to add downloaded Apple Music tracks. A window would pop up with your familiar iTunes music and you can select any audio files that you want to convert. After importing the files, click the setting button at the upper right of Sidify, a window would pop up. Here you can choose output format as FLAC, set the converting speed up to 20X or adjust the output quality. Besides, the output path is also changeable if required. When all settings are completed, just press “Convert” button to start conversion. After conversion done, you can get your favorite FLAC files by clicking

button at the top-right corner.

Video Tutorial: How to Use Sidify Apple Music Converter to Convert Apple Music to FLAC Format:

How to Convert Apple Music to AAC | WAV