Apple Music vs Amazon Music: Side by Side Comparison


Which streaming music service would fit your needs, or as well as your family needs? For example, it must meet some major requirements, including the large music library filled with all genres, better sound quality, offline mode, or the ability to stream on various devices and share an account with different family members. Congratulations, there are numerous options you can choose from Spotify, Apple Music, Tidal, Deezer, Pandora, Amazon Music, Google Play Music... To know how Apple Music compares to Amazon Music, you can see the breakdown for a rough overview.

The Comparison Table of Apple Music and Amazon Music

If you still hesitate to choose your subscription among various services, you might try Apple Music 3-month free trial to fully enjoy all features of Apple Music. If you are not down with it, you can cancel the free trial at any time without wasting a penny. 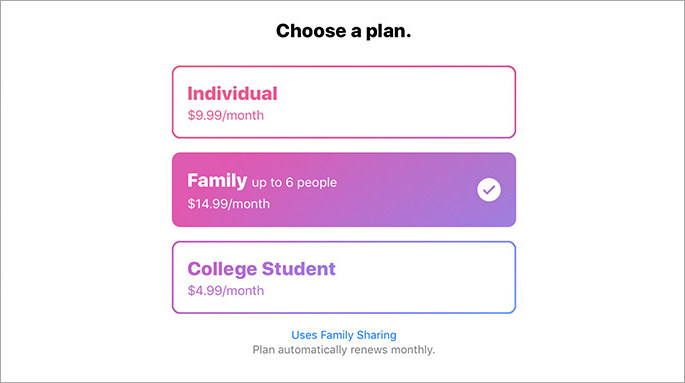 If you are a Prime member, you will need to pay $7.99 per month to sign up for Amazon Music Unlimited standard tier.

The Apple Music interface looks different compared to its rivals: simple layout of the main features. The tabs along the above (bottom on the mobile app) offer pretty straightforward navigation: Library, For You, Browser and Radio. For You is a selection of curated playlists, albums, artists tailored to your taste and the music/album you recently played. Though the desktop app often crashes, but the mobile app is more smoothly. 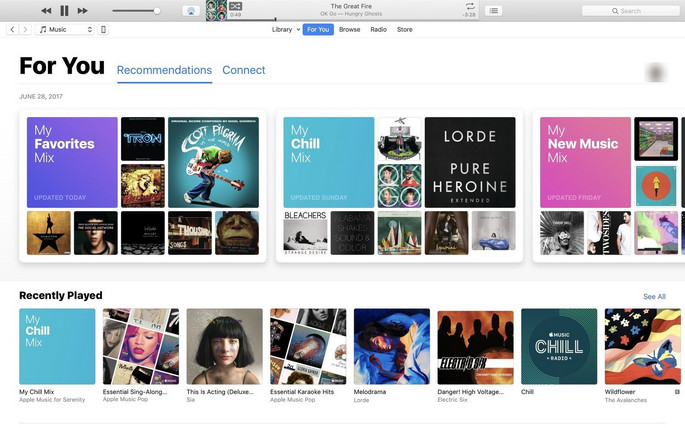 The user interface looks a little bit similar to the main music streaming services in the market. The navy blue-glazed interface looks very intuitive, clean and orderly than Spotify and Apple Music, but a little bit painfully slow and clunky. It’s split into four main sections: Browse, Recents, My Music and Store (the mobile app swaps this for an Alexa), and four sub-sections beneath: Home, Recommended, Stations, and Playlists. You can minimize or open the right panel to hide or show your created playlist. The search bar can specifically search across your music library, Unlimited service and store. I love the artist page: after you locate your favorite artist, you will see a big and beautiful image in the top, then his popular songs, albums, related playlists or artist below. And if you scroll down the mouse, you will see the full image. Actually, the Amazon Music UI is more attractive at first look, but I prefer Apple Music, the lily-white background makes the contents more conspicuous and easy to find what I want, especially the beautiful interface for specific artists and albums.


Music catalog is another important feature for a music streaming service. Apple Music has over 70 million licensed tracks and is good at curation: you will be asked to select your favorite genres, and artists, then you will get the recommendations tailed to your tastes, playlist or album whatever. Sometimes, you also can find some exclusives on particular albums. My own personal feeling: the Euro and American artist and albums are reasonably complete, but lacking of the localized contents in some countries.

Amazon Music has over 70 million licensed tracks and dozens of stations, and the home page will direct you to find new releases, popular and recommended music, playlist, or album, which is similar to Apple Music. Actually, you will find that both Apple Music and Amazon Music have approximately the same offers: featured artists like Taylor Swift, Drake, and more. Personally, I do not like the playlists on Apple Music, though it is organized and varied every day, I think it is worse than Amazon Music or Spotify. Amazon Music Unlimited gives you the option to purchase the song or albums from its Digital Store and lists all genres of music including relaxing, party, Indie rock, workout, country, classic, pop, R&B music in the bottom of browse section.


Apple Music and Amazon Music have the same catalog in which you will find most of the tracks from big labels or records, but the exclusive may differ. Apple has taken steps to secure more exclusives to increase subscriber numbers, including the albums of Drake, Taylor Swift, Frank Ocean, etc. And Garth Brooks, the most popular and famous country singer in America, was a big exclusive for Amazon Music Unlimited.


If you have no idea about which one you should pay for, you can think about your main tastes. If you are a massive fan of Drake or Taylor Swift, Apple Music is your right choice.


Lyrics: Amazon Music has the best uses of lyrics in streaming music services. Instead of offering a static page like Apple Music (you will need to tap on the music you are listening to, then tap on the three-dots icon and select "Lyrics" to view the lyrics). Amazon Music has scrolling music that moves in time with lyrical performance. I am really impressed with this cool feature. Device Compatibility: Amazon is more easy-going to cooperate with other companies' platforms, while Apple has its own eco-system. Apple Music works on iPhone, iPad and Mac, later on Android phones or tablets. It also works on Apple Watch, HomePod, in CarPlay-compatible vehicles, or Sonos speakers. But Apple Music will not officially work with Amazon's various Alexa-powered smart speakers, such as the Echo or Dot, though you can stream it on iPhone via Bluetooth, but lacks of the voice control. Voice Control: Voice commands have become quite common in our daily life. Now, Amazon applies Alexa voice control to its Music app. That means you can command Alexa to do things like play or pause music, move back and forth between songs, and create playlists by asking, as well as take advantage of Alexa’s more innovative features around playing music by mood, activity, genre, lyrics, artist or song title. As for Apple Music, you can also ask Siri to play, skip, shuffle or dismiss specific tracks. 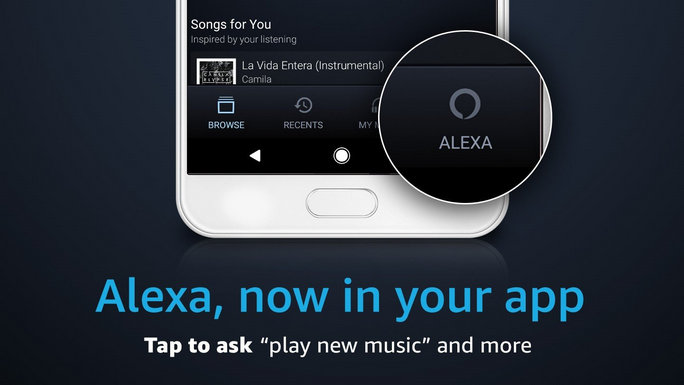 
You might be quickly attracted by Amazon Music Unlimited's varied pricing scheme, library, and Amazon Echo compatibility. Though Amazon Music doesn't change the game fundamentally in this domain, it does offer standout features as good as Apple Music or Spotify, especially if you have one of Amazon's Alexa-powered smart speakers.


Apple Music is a good streaming service with a different approach to curation than Spotify. And I like the way that Apple Music organizes its songs, albums, artists and playlist. If you are a big Apple fan who has a bunch of Apple devices already, particularly the HomePod or Apple Watch, subscribing to Apple Music will make life easier.

Extra Tips: How to Save Apple Music to Computer Forever?

Although we can freely enjoy our favorite music after subscribed to Apple Music, once the subscription expired, the downloads for offline listening will no longer exist. Now, there is still a way to save your favorite Apple Music songs forever on computer. Here we will share with you a way on how to download songs from Apple Music songs and save them on your computer with Sidify Apple Music Converter.

>> Learn more about how to save Apple Music to Computer Forever >> How to Convert Amazon Prime Music to MP3