When it comes to the best music player apps for your computer and smartphone, a lot of people might only use the default app that pre-installed on their devices like Windows Media Player (For Windows PC) or Apple Music (for iPhone), but sometimes we still need a third-party music application for our devices, because a default music application might not have the particular feature that you need, especially if you are a music lover or specialized person in the music field.

Now the question is, what are the best options available? In general, people will take a deep look at their UI design, capability, and features available. If you're still using a general purposed media player, you're missing out on a wealth of interesting parts that can probably make your listening experience better, and this article will be providing you the best music player applications for Android and Windows PC. Don’t miss out on the following section if you are looking for the most suitable app for you. 
AIMP music player is very straightforward and easy to use, it must be ranked the 1st for Android devices. It’s providing all the necessary features that you look for in any media player application to play music regularly. It supports any common music file types like FLAC, MP3, MP4, and others. Besides some general functions, you also get features like sleep timer, playback speed control, speaker control, equalizer, etc. One of my favorite features is to tap the song name and get the important song details like singer, composer, genre, year, file type, bitrate, and storage location. Besides, there is also a desktop version available in case you want to use it on your computer. 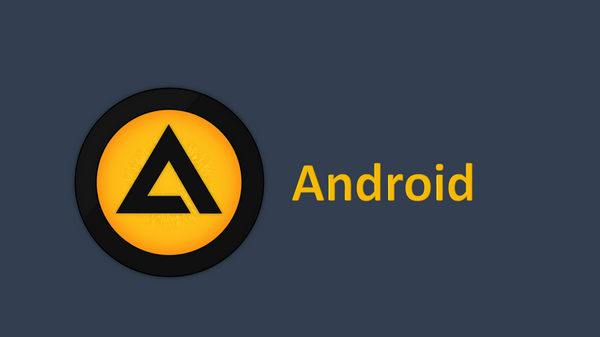 
Black Player is simple with a lot of features for music streaming. You get a five-band equalizer, fluent playback, and a sleep timer available. It is designed with a user-friendly interface that can be controlled by swipes and gestures (only if your device is capable of gesture operation). Besides, BlackPlayer is packed with Widgets, Gapless playback, and ID3 tag editor as well. For the format support, it supports the standard local music file format such as MP3, WAV, OGG, etc. It also comes with a paid version, which is called BlackPlayer EX. The Black Player EX has more themes, fonts, and settings available to customize your preference. The price is set for $3.29, which is not expensive and worth it. 
jetAudio HD features an equalizer (complete with 32 presets), simple effects like bass and reverb, a tag editor, and the widgets. Similar to Black Player, jetAudio HD also has free and paid versions available. You get almost every feature that you need for general music stream, the only drawback is that the free version is supported by ads, but they are not very intrusive and still acceptable as a free player. You can also use it for free if you have subscribed to Google Play Pass. 
PlayerPro Music Player is probably a very lesser-known music app for Android. It features a charming interface that makes everything easy to use along with more skins available that you can download make more customization. Besides general audio streaming, it also comes with some other features such as importing music history and ratings from desktop music players, custom smart playlists, and voice search. If you want a more audio customization feature, you can purchase the Premium version that costs $4.95 and you will get access to a 10-band equalizer.


Despite a very old-fashioned interface, Neutron Player has been widely used by audiophiles and some professional music players. It features a 32/64-bit audio rendering engine (according to the developers), which is independent of the Android system. , Some unique features including support for more file types like FLAC, MPC, etc, a built-in equalizer, and a host of other audiophile related features. And of course, it comes with all other standard features that you would expect. 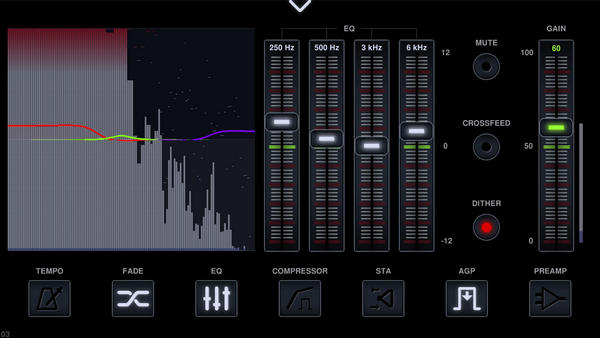 
n7player has an innovative interface where you can zoom-in and zoom-out to view any music file you are looking for. It features bass boost and sound virtualization effects, tag editor, themes, sleep timer, widgets, and other standard functions. One of the highlights for this application is that you can look for any song within the various views, so it would be a great choice if you like to play around with the view of music. 
VLC is a well-known media player for Windows PC that can handle both of your video and audio content. The free player has compatibility with several types of audio files, including FLAC, ALAC, WMA, MP3, and all common formats, this is one of the reasons why it has been popular with Windows users as it can play almost every audio and video formats. VLC can also stream music from a local network or the internet, which you can set up as a playlist for quick access. However, the interface option could be improved a bit more as there are very few choices to customize the theme like other players. 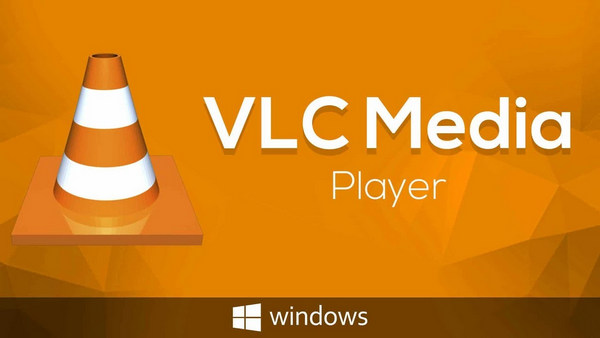 
AIMP, short for Artem Izmaylov, which is named after it’s first released in 2006. Interestingly, it has a Windows version as well that provides a simple interface for organizing your music library, creating custom playlists, rips CDs, manages ID3 tags, changes player themes, etc. Same as the Android version, AIMP supports a huge number of formats including most common ones like mp3, mp4, MKV, WMV, RMVB, etc. Furthermore, AIMP on Windows can be a choice worth considering if you’re in search of a player for PC with equalizer, it has an 18-band graphics equalizer with extra built-in sound effects that gives you a more flexible on streaming experience. 
This one should be heard the most time if you have always been a Windows user. Windows Media Player is a standard audio and video player that is pre-installed on every Windows-based PC including the latest Windows 10. The simplicity and ease of use offered by WMP still make it one of the best free audio player for Windows OS. If you do not wish to install any extra media player on your new Windows PC, this play should be the number one choice for you. The only disadvantage of it might be the shuffle function, it has a habit of playing the same songs during the same session and if you add too many to the playlist, the Windows Media Player probably won’t play them all, the recognition of a big library could be improved a little bit. 
In the first appearance, MediaMonkey looks like a redesigned version of Windows Media Player but with way more features. It is compatible with all general media formats also including podcasts and audiobooks and can be set up to download your favorite podcasts for you. The software can also automatically identifies tracks, syncs, or fixes tags, with the ability to look up related information, which is all great for getting an old collection of music back in order. Furthermore, a built-in Auto-DJ feature, called Party Mode, that automatically plays tracks based on set criteria. With this tool you can rip CDs, download podcasts and meta-data for your music tracks, and MediaMonkey scans your music collection and updates it when you delete the songs. But something you have to keep in mind that those features are available only in the paid version for $24.95. 
Dopamine is an easy-use play that you can consider it as a Windows Media Player alternative. It supports a huge number of audio formats, including MP4, WMA, OGG, FLAC, M4A, AAC, WAV, APE, and OPUS. Unlike other players mentioned above, Dopamine might fall behind a little considering the feature set, especially the equalizer option is very limited, but users can still take advantage of various things like automatic meta-tagging, displaying lyrics in real-time and some others. Besides, there are quite a lot of themes to choose from, you can stay on the default dark mode if that looks the simplest to you. 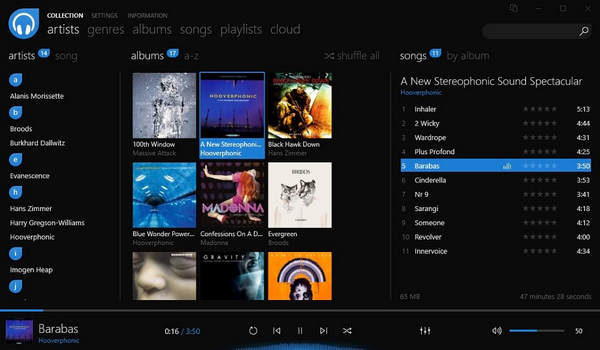 There is still a lot of music streaming apps that aren’t listed in this article, and some of them are also available on iOS devices as you know, a popular software will make it available on more platforms.

What music provider do you normally use to discover music? We know that Spotify and Apple Music are ranked the most two popular music streaming service worldwide, but we also know that the songs on those two services can only be played on their player or mobile app. However, if you can convert the songs on Spotify or Apple Music to general MP3, AAC, or WMV format, they will become playable on any media players listed above, so if you looking to achieve it, find out more information below.

Sidify Music Converter Free is a clean and secure freeware that is designed for Windows users who love to download and save music from Spotify to a local drive or MP3 player. This Free MP3 Music Downloader helps you get any song or playlist from Spotify to MP3 format in 4 steps, go to the article How to Use Spotify Completely for Free to find out more information.

Tips: If you are looking to convert tracks from Apple Music to mp3, go to Sidify Apple Music Converter for more detail. How to Free Download Morning Wakeup Songs as MP3

How to Free Download Top EDM Songs to MP3